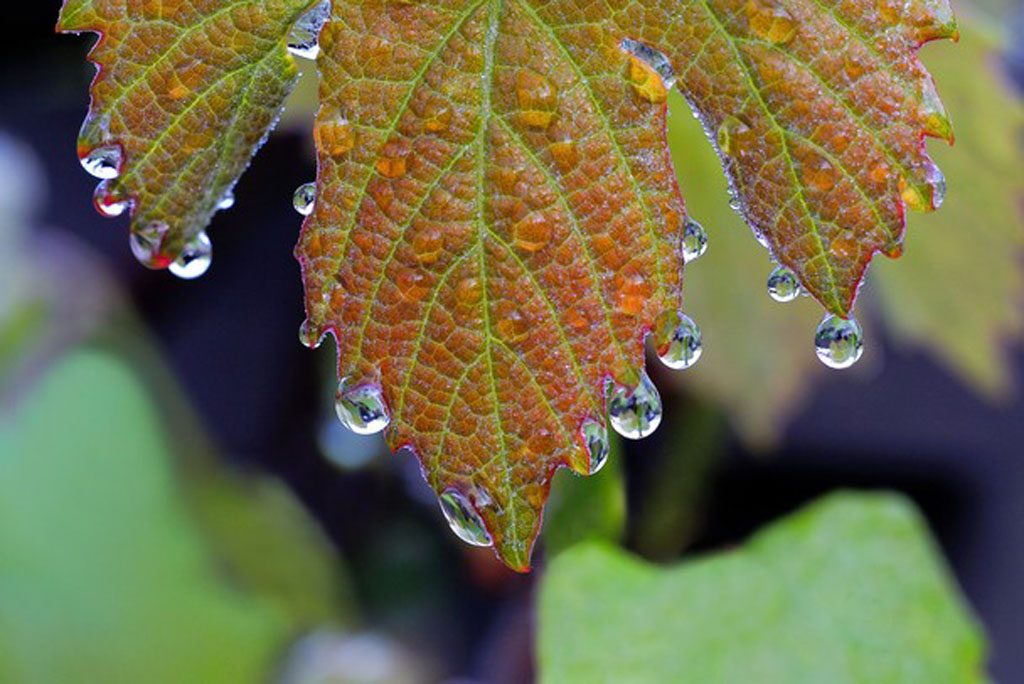 During the December holidays, while our friends in Chicago and Cleveland and Buffalo and Boston groaned under the weight of ice-age-level snow storms, we here in California were complaining for a different reason: Too much sun!

It hadn’t rained in months, it seemed, and while sipping Prosecco on our patios this past New Year’s Eve, all 38 million of us agreed on two things: It’s good to live in California, and the good times wouldn’t last for long.

We were in the midst of California’s worse drought in a long time – as long as 50+ years by some counts – and doomsday prognostication saturated the local news. The dry spell posed serious danger to a variety of agricultural industries, not least of them wine production. The vine lifecycle had fallen off its ordinary course, and growers reported vegetation and insects sprouting in the vineyards months ahead of schedule. If we didn’t get a cold, wet front soon, the 2014 vintage would be in deep trouble.

And then something funny happened: It rained. It poured. The weather cooled down. Outside it felt like (gasp!) February.

And just like that, you mostly stopped seeing stories about drought in the wine industry. The Internet Age’s insatiable news cycle, ever hungry for fresh fuel to feed on, moved on to other topics. Everyone outside the know figured everything was ok.

But those inside the know knew that everything wasn’t ok – not yet. It would take a sustained pattern of consistent rain to make up the deficit run by the drought. And sure enough, after a rainy cold spell, the weather dried off and warmed up again.

Even though you don’t hear as much about it in the news these days, the drought still poses a major threat to California vineyards. We’re even beginning to see areas in which water is being denied entirely to vines as a way to deal with the water shortage – which means that if we don’t get more rain soon, whole vineyards may be lost. While the emergence of such water-use restrictions in wine country may surprise casual observers of the wine industry, it comes as no surprise us at Montesquieu Winery.

The most extreme example we know of surfaced just recently. The Redwood Valley County Water District voted to stop providing unpotable water – which is used for crops and animals – to its customers. In Redwood Valley, which is part of Mendocino County, residents were already restricted to 50 gallons of potable water per day per person. Now they are no longer able to access any water beyond that limit for agricultural purposes or to nourish their animals.

Map of the Redwood Valley AVA (boundary line in orange)

This is particularly bad news for the wineries and vineyards in the Redwood Valley AVA (located within the Mendocino AVA), which is a source of grapes for wineries all over California. Growers no longer have access to the water their vines need. The Ukiah Daily Journal quotes the district’s general manager, Bill Koehler, as saying, “We’re going to get hit hard,” and describing the valley’s $60 million wine industry as effectively “gone.”

(We recommend you read this article to get the full story of the bureaucratic maze that led to this unfortunate situation.)

Moments like this underscore one of the virtues of Montesquieu Winery’s winemaking approach. Sourcing fruit from a variety of different properties gives us the latitude to pick and choose the vineyard sites we want to work with in any given year. That’s especially important in a vintage like 2014, where weather conditions and water restrictions affect certain regions more than others and therefore make selectivity and flexibility especially critical to crafting great wine. However this year turns out, we’ll have access to top performing fruit to get delicious wines into our clients’ hands. Sadly, not every winery will be so fortunate.

Thankfully, Northern California did enjoy some rainfall at the end of last week. But it only lasted a day, and sure enough, this week’s forecast predicts ample sun and unseasonable heat. Do a little dance with us and hope more rain comes – the vines need it!