Syrah is not known as a shy varietal. It is known for its strength, thick skin, and the ability to thrive almost anywhere, and as such is commonly referred to as the “growers varietal”. With this in mind, it is not surprising that Syrah has become increasingly popular, and is now estimated to be the seventh most widely planted varietal in the world.

Part of Syrah being adaptable to grow most anywhere yields the characteristic of producing wines that vary widely according to the climate, terroir and viticultural practices of the particular vineyard. It has been said that the varietal has experienced an “identity crisis” amongst consumers because of this wide variation, plus the unfortunate flooding of the market with generic Syrah with little character.

Additionally when Syrah in the United States was beginning to take off, many American critics were awarding their highest scores to very powerfully extracted wines, including Australian Shiraz with this over-the-top profile that was popular at the time. Many American Syrah producers, seeking approval of the critics, emulated this jammy, intense style.

Many feel what happened was the loss of character at higher ripeness levels which became more important than sense of place, or distinctiveness. Over time, with growers gaining more and more experience with various vineyard locations and climates, we have seen an emerging trend in the industry toward cool-climate Syrah. 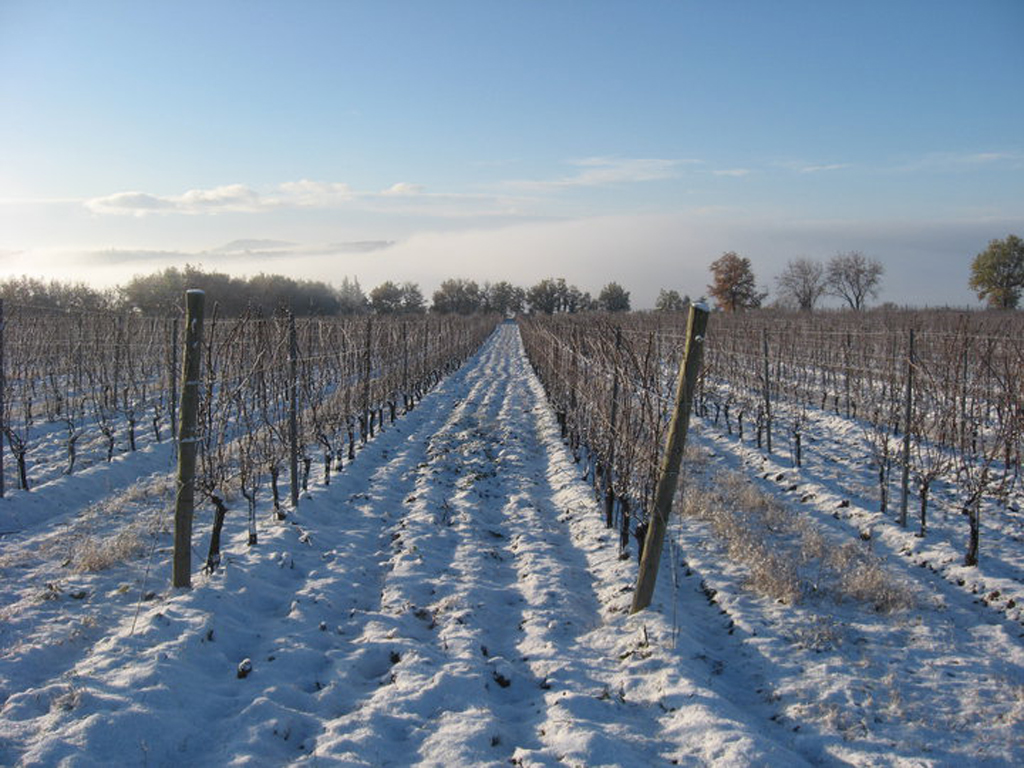 We could say in some sense this movement is a return to cool-climate Syrah, as many of the early American Syrah pioneers were inspired by the Rhône classics (particularly the Northern Rhône) and were the first to plant Syrah in cool-climates. Now the industry is seeing more domestic Syrah sites on the very edge of where the varietal will ripen, similar to iconic Côte-Rôtie sites in the Northern Rhône.

This struggle seems to be key for Syrah to realize its full expression. With the cooler climate, the longer growing season allows the grapes more time to ripen, mature and fully develop. This pattern avoids the big spikes in sugar, allowing the phenolic (tannins) ripeness to come in fully, resulting in more mature flavors and beautiful balance. In this case a smaller percentage of new oak may be utilized without sacrificing any structure or ability to age, and with the great benefit of not masking the potentially ethereal expression of the varietal by using too much oak.

Cool-climate Syrah is described as being more restrained and sophisticated, going beyond the traditional fruit and oak vocabulary to reveal dramatic and savory aromatics and flavors, including classical floral notes of lavender or violet, black pepper, white pepper, meaty or smoky bacon flavors, green olive, leather and tobacco. Overall, it is a much more elegant style, and one that can be very different, especially if one’s experience with Syrah hasn’t included wines of the Northern Rhône. Another major attribute of well made cool-climate Syrah is the freshness and energy, a lively precision that elevates the wine.

Now all this being said, it is important to clarify that there is no single correct way or type of location to make Syrah. It depends on the personal preference of the growers, winemakers, and ultimately the wine lovers enjoying the wines. As part of our mission to bring the best wines to our clients, we embrace a very wide variety of styles, regions, and traditions to help wine lovers have a rich and diverse experience. 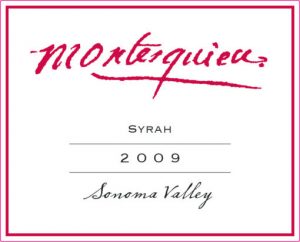 However we are excited about the trend toward cooler-climate Syrah, as it is a style we know and love well! We believe a better understanding of this style will help educate and broaden the experience of wine lovers, and we expect to see more exciting Syrah from cool-climates on the wine scene! In many cases we are well ahead of trends, and as such in our diverse international portfolio of Montesquieu wines, we have carried quite a few excellent examples of cool-climate Syrah over the years.

Through our partnership with Stéphane Derenoncourt, with wines he makes especially for Montesquieu clients, and our Derenoncourt California project, his favorite properties are cool climate, high-elevation sites with just the right soil composition, ample sun exposure and very low yields.

An excellent example of Stéphane’s specific site selection and artistry with cool climate Syrah is our 2009 Montesquieu Sonoma Valley , from 50 year old dry-farmed vines co-tended by Stéphane and legendary grower and kindred spirit Phil Coturri. Also our 2007 Derenoncourt California Coombsville Syrah is a wonderful example from the Caldwell Vineyard well above the fog line. In the following video Stéphane describes the 2007 Derenoncourt California and the origin of working with this cool climate site in Coombsville, as well as his impression of the 2007 vintage.

Other cool-climate stunners include pinnacle examples from the Northern Rhône by Stéphane and Greg Viennois —the Alexandre Rochette Côte-Rôtie, Hermitage, Cornas and St. Joseph. And high up in the dramatic foothills of the Andes in Argentina, the 2006 Don Zofanor Syrah from Lujan de Cuyo and the 2007 Rio Mendoza Syrah Reserva.

For more information about the interesting history of Syrah, please read on!

A Brief Overview of Syrah
Recent DNA typing studies indicate that Syrah originated in France as the offspring of two rather obscure varieties: Dureza and Mondeuse Blanche. Dureza is a dark-skinned grape from the Ardèche region in France. There are very few plantings of this varietal, however in Montpellier where the preservation of such varieties is a specialty, there are plantings of Dureza.

Mondeuse Blanche is a white grape variety from the Savoy region and is still found in very small amounts there. Thus far, there are no records of either of these varietals being cultivated far from these regions. Since Ardèche and Savoy are very close to the northern Rhône, researchers have concluded that Syrah originated there.

The Rhône Valley boasts a long and interesting history of Syrah, with its rise to fame in modern times in the renowned wines of the Northern Rhône— Côte-Rôtie, Hermitage, and Cornas followed by the wines of St. Joseph and Crozes-Hermitage. The most revered Syrah in the wine world are those of the northern Rhône, hailing from cooler climates, yet with ample hillside sun, with very distinct characteristics and the ability to age for decades. To read in more detail about this wonderful region—one of our favorites—see our blog post entitled Getting to Know the Northern Rhône With Montesquieu Winery: The Original Syrah.

In the Southern Rhône, with its warmer climate and fleshier style, Syrah is a popular component of the region’s wines, adding weight and structure to the blends in the likes of Châteauneuf-du-Pape, Gigondas, Vacqueyras, Côtes du Rhône and other southern appellations. Even though France already has the most acreage of Syrah in the world, increases in plantings of Syrah are occurring in various regions, including the Languedoc-Rousillon. 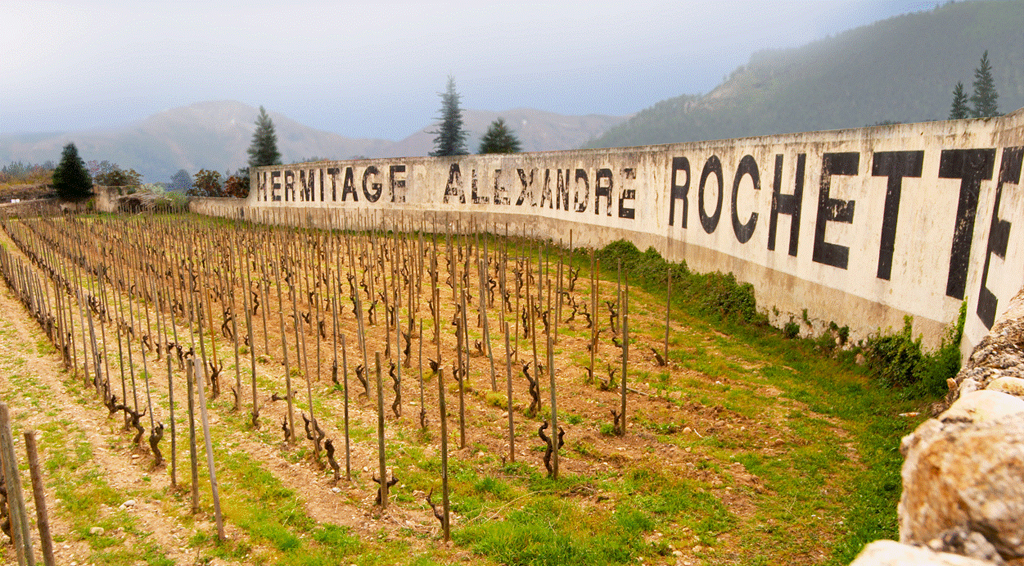 Syrah is known as Shiraz in Australia, where it is the most commonly planted red varietal there, accounting for forty percent of the red wine production. In 1985 there were only 100 acres of Syrah in California, and now it is the most widely planted Rhône varietal here, with an estimated 14,000 acres now and more on the way. There have been increases in the number of wines made with Syrah and increases in recent plantings in other regions around the world including Washington, Oregon, South Africa, Argentina, Chile, Spain, Italy, Portugal, Hungary, Switzerland and more.