There are big stars and exclamation points in my calendar every year next to the date for Premiere Napa Valley. It’s Napa’s best wine event, a four hour marathon tasting (that you sprint to sample as much as possible!) of 225 of the valley’s finest wines, followed by a chance to bid on these once-in-a-lifetime five, ten, or twenty case lots. Everyone’s ‘A game’ material is on display, and the chance to spend time with each producer as you taste their wine is priceless insight on what makes their wine and the Napa Valley community so special. 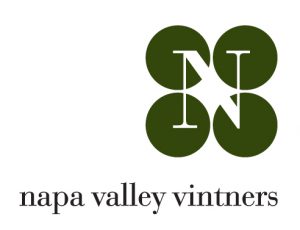 But coming into PNV14 this year I was more than a little concerned. Regardless of vintage, your palate always gets a serious workout from these young powerful wines and the refreshing dreams of Champagne and oysters set in quickly.

Coming off of two cool challenging (by Napa standards) vintages in 2010 and 2011, Mother Nature offered up a dream vintage in 2012. Spectacular growing conditions, the greatest of raw materials, and lots of it.

Would Napa’s elite foam at the mouth and take their 2012s overboard? Would we see another 2007, another big quality / quantity vintage which many producers now quietly admit they killed the golden goose and overdid it? Always a

The day will be remembered for the record setting prices but it’s the brilliant array of wines that I’ll never forget. The stats were gaudy indeed, nearly $6 million when the final hammer dropped, almost double the best previous year set in

2012. $260k for 5 cases of Scarecrow shattered the winery’s $125k record set a couple years ago. Four other $100k lots for the first time. But as pretty as the numbers were, the wines that I sampled held the real beauty. I didn’t taste them all, but I was so pleased to find so much restraint and complexity in these powerful wines that are destined to age beautifully. Yes there were still a few producers churning out wine and partying like it was 1999 (you know who you are, hoping for that RP99+ too I’m sure), but the overwhelming direction was that of a deeper pursuit of elegance over power, and balance over beastly, hyper extracted fruit. Mother Nature put the grapes on the tee for producers to belt out huge fat wines and I’m so glad to see most of them didn’t swing for the fences..

Having crammed about half the wines into my four hours of tasting, I walked away with a strong sense of the vintage’s overall promise. At the same time I see no good in offering wine-specific tasting notes from such a rapid event. Not enough time is spent with each wine to offer anything of detail, and you would quickly tire with my use of ‘delicious red fruits, refreshing acidity, lots of energy’, the defining characteristics of the day’s top lots, which there were many. But I do know you should eagerly look forward to some legendary 2012 offerings from Napa in the coming year and that I’ve already got a big star in my calendar for February 21st, 2015, the date for next year’s event. Early rumors were swirling of an equally successful 2013 vintage!