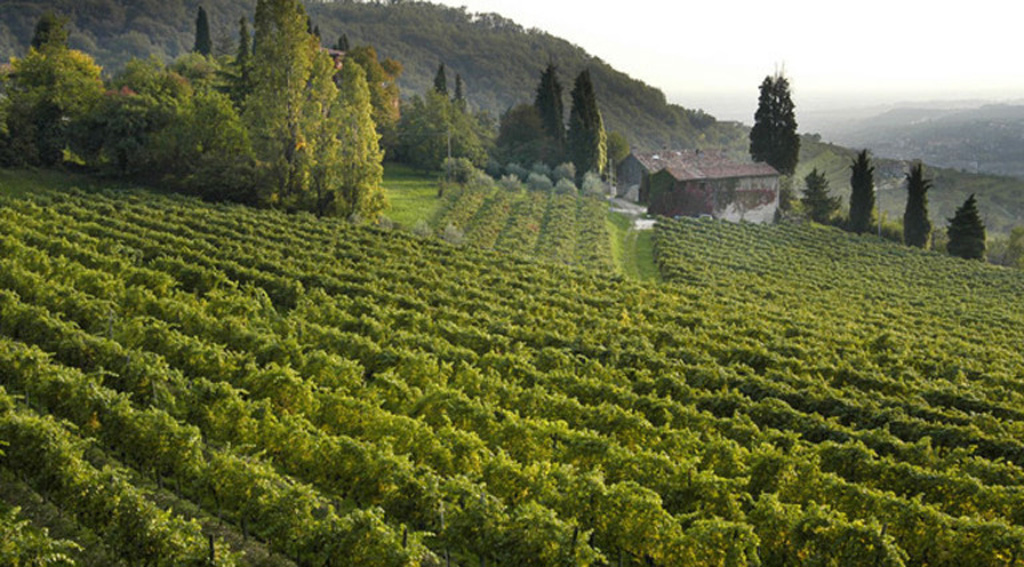 It has been said that there is hardly an inch of Italy that isn’t suitable for growing grapes for wine production. As a result, Italy has the most diverse array of individual wine styles, micro-climates and indigenous grape varieties in the wine world!

One of the most distinctive and treasured of all Italian wines—and one that we at Montesquieu Winery believe has a particularly interesting history—is the Amarone della Valpolicella from the Veneto region in the province of Verona. Valpolicella has been producing wines since ancient times, and even its name reflects a longstanding relationship with wine— “Val polis cellae” means “the valley of many cellars”.

History of Amarone
Amarone’s precursor, Recioto, known since Roman times as Retico, used to be the pride and joy of local wine-makers who considered it to be their very best wine. The name Recioto is thought to come from a local dialect for the Italian word for ear which is orrechie, which in the local dialect is recie. The grapes used for the wine were supposedly only the top corners of the bunches or the “ears” of the clusters, which is the part of the bunch that gets the most sun and are the ripest and most mature.

It is widely held that the invention of Amarone was a forunate accident, with one popular story telling of a local producer leaving a barrel of Recioto unattended too long. The yeasts were able to ferment most of the sugar to alcohol yielding a tasty dry wine. The name Recioto Amaro was given, Amaro meaning bitter, to distinguish it from the sweet Recioto. Eventually the full name of Recioto della Valpolicella Amarone was used and now finally Amarone della Valpolicella.

In the 1950s, Amarone della Valpolicella finally entered the marketplace and the method of production was perfected in the following decades resulting in the dry, rich, and luxurious wine known today. This strikingly powerful and complex wine has become very important in the wine world, recognized for its distinctive character and ability to age. Amarone is now considered, along with Barolo and Brunello di Montalcino, as one of the Italy’s three greatest reds.

Production
The production of this intense wine is labor-intensive, requiring an astounding 23 pounds of fruit to make just one bottle of Amarone compared with only 2 ¼ pounds to make one bottle of Valpolicella! Grapes are harvested ripe, usually between late September and early October, selecting only the best bunches of looser clusters carefully chosen. The traditional method was to dry the grapes on straw mats called graticci, relying on prevailing breezes to help keep the grapes free of moisture. Now more commonly the grapes are placed on special crates in drying chambers under strict temperature and humidity controlled conditions to keep the grapes in optimal shape as they raisinate.

This grape-drying process is known as appassimento which is one of the defining and most delicate phases in the production of Amarone, lasting from 100 to 120 days during which the grapes lose between 30% – 50% of their original weight. The grapes become shriveled, which concentrates the remaining sugars and flavors which yields an unmistakable and singular style. Wines produced using the appassimento process are known as passito wines.

Following drying, usually around the end of January or the beginning of February, the grapes are crushed and go through a dry, low temperature fermentation process which can last 30 to 50 days. The reduced water content can slow down the fermentation process, which requires constant vigilant monitoring. After fermentation, the wine is then aged in barriques made from either French, Slovenian or Slavonian oak. The resultant wine is usually high in alcohol levels, typically 14 to 17%.

Regional Information
The hilly area of Valpolicella is east of Lake Garda and north of Verona, bordered to the north by the Monti Lessini foothills, and to the west by Bardolino DOC. The heart of Valpolicella is Classico region—which is the original area with the steepest slopes, oldest vines, superior soil and ideal vineyard conditions. The important villages of Sant’Ambrogio, San Pietro in Cariano, Fumane, Marano and Negrar comprise the Classico region.

The wines produced here are renowned for their higher quality, with more stringent rules in respect to yields and aging techniques. The blend of varietals is typically composed of primarily Corvina or Covinone with smaller percentages of Molinara and Rondinella. The Classico zone also encompasses Recioto della Valpolicella, Amarone della Valpolicella and Valpolicella Ripasso.

The soils are predominantly calcareous and date back to the Jurassic and Cretaceous periods. The climate is generally mild and temperate with rainfall of around 35-43 inches per year. Valpolicella consists of a repetition of low ridges and short valleys, each with their own stream. Each of the valleys has its own particular microclimate which contributes to the diversity of characters found in Amarone as well as all of the wines of the region.

The grape variety requirements for all denominations are:

Other local varieties that are commonly used include: Corvinone, Oseleta, Croatina, and Dindarella. Non-indigenous grapes >5% or less can be added to the blend including: Sangiovese, Cabernet Franc, Cabernet Sauvignon, Merlot, and Teroldego. Older indigenous varieties are being researched to examine the effects of blending with these varietals. These include Castelrotto, Bressa, Spigamonte, Turchetta, and Corbina, among others.

Amarone gained its DOC status in 1968 and after many years of producers and winemakers going back and forth trying to agree on requirements, DOCG status was finally awarded last year. The Amarone della Valpolicella DOCG takes effect with the 2010 harvest.

Pairing
Since Amarone is a statuesque, high-alcohol wine with rich flavors, some care must be taken when pairing it with food. Stay away from spicy dishes, as well as delicate or subtle dishes. Amarone is ideal with robust meat dishes such as braised or stewed lamb, beef, or short ribs. A hearty pasta dish with a meat or mushroom sauce is also a good choice or traditional Veronese risotto made with Amarone. One of the most classic and delicious pairings is Osso Bucco, or braised veal shank with the marrow. For a delicious recipe that incorporates Amarone into the recipe see here. If pairing with cheese, choose strongly flavored or aged cheeses such as Parmigiano Reggiano, Cimbro, Monte Veronese Ubriaco, Pecorino Vecchio, Gouda, and blue cheeses such as Gorgonzola, Stilton, Roquefort or Danish blue. Delicious!

Amarone is a truly distinctive addition to any cellar, with a devout following of wine lovers all around the world. Take your time and decant when you experience this wine, and enjoy one of the wine world’s most unique treasures, one of Montesquieu‘s favorite wines!